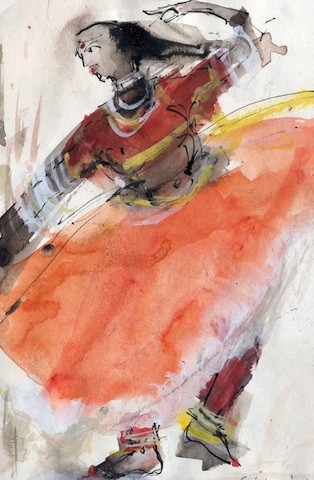 Sketchbook imagery has been used for the creation of giclee fine art prints as Indian Dancer above. Limited edition. 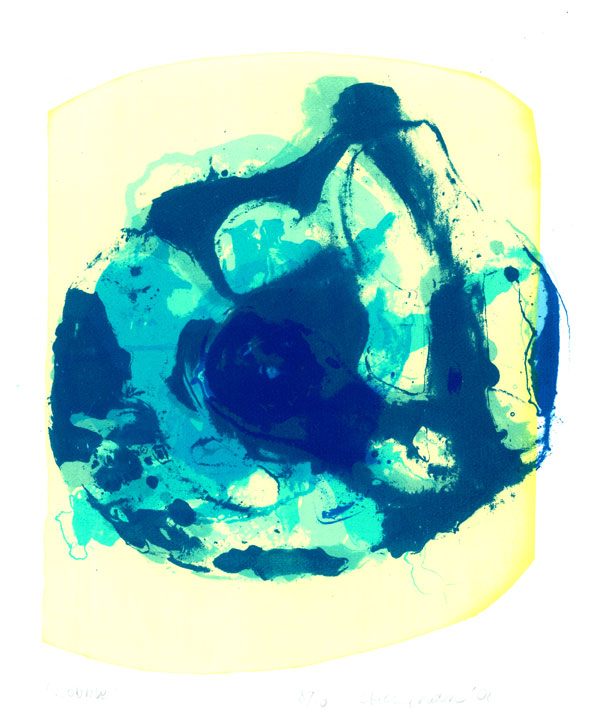 During a residency at The Vermont Studio Centre, near the Canadian border in USA, at the end of 2002, I experimented with ‘snowballs’ containing coloured inks. These were then allowed to melt over the Japanese kozo paper that had been previously made in Japan.

Limited edition silkscreen prints were produced on Somerset Satin paper at Fife (Dunfermline) Print Workshop, from the original ideas with ice and colour.