Chrissie participated in this cultural exchange project involving twelve vineries and twelve artists from the Margaret River Area, Western Australia. Custom made paper was formed in the studio in Edinburgh from fibres from the selected twelve Western Australian vines which were fused with other ingredients. The resulting paper created in the first half of 2017 was posted back to Australia in batches. The artists have Scottish ancestry and this connection was included by incorporating woollen fibres into the papers. They printed an edition of ten prints on their particular papers. These were exhibited in November 2017 in Margaret River.

Chrissie ran three paper casting workshop in Margaret River in November to coincide with the exhibition.

2  Washi | Umi O Koete - Paper From Across the Sea

Through the simple medium of paper this project combined two cultures, Japan and Scotland in an exchange of contemporary prints and traditional artisan made paper from one of the remaining three major paper areas in Japan. Using the custom made paper from Mino City, Japan, thirteen selected artists/printmakers from Fife Dunfermline Print Workshop (FDPW), created new works consisting of a limited edition prints per artist. A set of the thirteen individual prints were sent to Mino showcasing the fusion of the unique paper with the strength and versatility of Scottish printmaking. 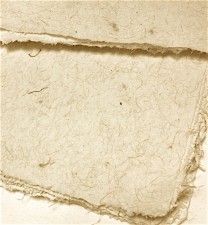 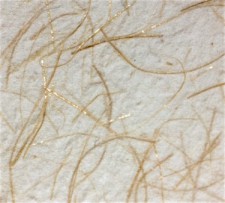